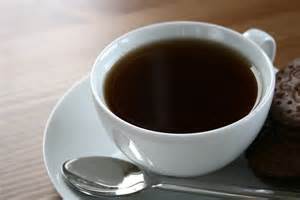 The day we buried Richard I had a bit of a headache.  Maybe I hadn’t eaten enough that day, or maybe a cross word or two had fallen on my ears and had crossed into my heart leaving me colder than even the 22 degrees outside would have me be.

The day we buried Richard I had just done a baptism.  A beautiful baby boy.  He was asleep when the water touched his head, and didn’t make a sound even as I smudged oil on his brow and lifted him high for everyone to see with claps and cheers and tears.

Had I been at Richard’s last moments a similar thing would have happened: oil, tears, lifting his spirit high.  No clapping, of course, just reverent silence.  But still, transformation.  Something new.

The day we buried Richard I went quickly from morning services and put myself in my office.  Sometimes we can fake it, and sometimes we can’t.  Today I couldn’t fake it.  I didn’t want to be around people too much.  It wasn’t in me.

Richard and I met at the local coffee house, The Grind.  A place of legend in Lincoln Square, and in my own story, as it was the first place I went when I started working at the big cathedral on Wilson and Campbell.  I got to know the baristas and the owner and the regulars.  When my son was born they made a card for us, hand signed by all the baristas and the owner.  I knew every name.

Now as we wait again for another birth, they always ask about it.  I inspect the mugs on the shelf because I know Levi makes them, and he is dating one of the baristas.  Liam was gone, but now is back.  Happy to see him again.  And Claire made the Christmas decorations lining the walls.  This is a place I know like the playgrounds of my youth.

Richard sat next to me at a table one day five years ago.  He was 80 years old that first day he talked to me.  He was not shy, and no topic was off the table. Politics, religion, literature, art, music; all were fair game.  And not in the competitive way people talk nowadays.  Richard longed to know and to teach, and brought out those two qualities in the willing conversation partners.

So many of us only long to learn what we already know.  “Please, tell us the things we already think so that we’ll know we’re correct!”

When he stopped coming to the coffee shop I became worried.  Tara, the owner, clued me in.  She was visiting him, as were many of us, at the new sterile room he called “home.”  He had some of his books, and though Parkinsons had taken some of his stability, he still held his mind.

The day we buried Richard I saw some tears.  He had no family to speak of, save for those of us he brought under his maven wings from The Grind.  Bradley, the lawyer from Minnesota.  Tara, the shop owner and lovingly unwitting community builder (did she know that this would be her world when she started to serve coffee?).  Rose, the sweet woman who lived above him who loved fiction and fairies.  Michael, his roommate of 30 years.  Nathan, one of the first baristas at The Grind who remembers Richard from the “old days” of 2004.  John, whom none of us knew but who had performed in a play with Richard, in Gaelic mind you, back in ’78.  Liam, who served him coffee with good cheer.

Richard had a knack for languages that would make most professional translators reach for their tools of the trade.  He was that good, recently embarking on learning Arabic in these last years.  German, French, Gaelic, Greek, Latin; his mouth was a globe.

The day we buried Richard we had no body.  We had no ashes; they weren’t yet prepared.  We had some pictures and we had some tulips and we had some coffee and eats.  We buried him much in the same fashion as we lived with him: over conversation, beauty, reflection, some good back-and-forth, coffee, sweets, and fresh flowers which are almost always found at the front bar of The Grind.

Churches would kill for community like this.  And some churches kill this type of community.

And as we all left one another there were hugs and plans to get back together and “let us know when the baby comes!” and a deep sense that we had done something right by someone we all collectively loved and knew from sitting around little wooden tables and little wooden chairs as coffee from ceramic mugs steamed up into our faces.

“So, Richard, what’s new?”  This is how I’d usually start talking to him after my glasses stopped fogging.  And after everyone left I said it out loud in the little chapel.  To myself, to God, to Richard, and to no one in particular.

And in the moment I thought to myself that the little headache and the cross word that still lingered in my ear needs to go ahead and fade away, because life is not meant to be spent around those sorts of things.  There is coffee and conversation and eats to be had, and prayers to be said.

The day we buried Richard was today. 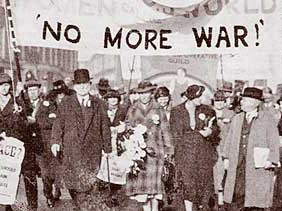 I guess we all need permission to cry.  And if we can get that permission from God, a God who cries with us, then all the better, right?

I’m not sure why we need permission to cry, though.  I think it might have to do with the fact that most of us generally don’t like that emotion, that feeling, that uncontrollable sobbing that happens when we cry.

For me it’s kind of like throwing up.  I hate throwing up because I hate not being in control of my body.

When we cry we lose control.  And, as Kristin Wiig’s character in Bridesmaids noted, some of us are ugly criers.  So there’s that…

On Armistice Day, Veterans Day, my thoughts turn to my grandfathers Red and Sodie.

My Grandpa Red, with his Cardinal red hair, never cried.  At least I never saw it…though I don’t suppose I would have.

He served in World War II, the second time we had cut the world in two, invaded little islands to set up bases displacing people who had nothing to do with our own little fights.  And then we sent babies off to fight in suits and ties.

Today I see more military pictures of women and men in fatigues, but the pictures from my grandfather’s era usually had them in dress uniform.  Suits and ties fighting for the men in big offices with suits and ties who had caused the problems in the first place.

No wonder my generation is experiencing a delayed adolescence.  Nothing makes you grow up at the young age of 18 like being told that today could be the “the day.”  The day it all ends.  The day you end it for someone else.  The day you’re drafted.  The day…

It reminds me of the beginning of the Gospel of Luke where the writer says, “In those days there came a decree from Caesar Augustus that the whole world should be taxed…”

Those days.  That day.  Perhaps that’s what Jesus came for.

The only time my grandfather mentioned the great war was when he wanted to tell me vividly that war is hell.  He talked about coming home from battle finally after being a gunner on B-25’s over occupied China (and being shot down), going to the house of his best friend in the war who had died in action, and being rejected by his friend’s mother as she opened the door.

No, not rejected, slapped in the face.  “It should have been you,” she said.

My childhood fascination with the war faded there.  The military channel, fighter planes, hero stories…they all paled in comparison to this story, a story about a grief obscured.

My other grandfather, Sodie, fought in the European theater.  He was shot in the stomach.  He received the purple heart.

He died when I was three, before I knew him.

One day when I was 13 I was nosing around some boxes in the basement, and I found a cassette tape.  I popped it in and found a recording of him, my grandfather, on his death bed saying goodbye.  I don’t know that I’ve told anyone this before…

He was saying goodbye and talked about some regrets.  Regrets of failed relationships and things he had wished had gone better.

And there was a little line in there about the war, about fighting.  And not regretting being in the war or going to war for his country, but something about regretting that we fight at all like that.

The sound was garbled…another grief obscured.

Growing up we used to sing Onward Christian Soldiers as a hymn.  We were “going off to war with the cross of Jesus going on before.”

The irony there, of course, is that the cross was meant to end all war, all record keeping in that way.  It was meant to be the end of such violence and hatred and fear.  It was to show that killing can’t stop God, can’t stop life, so why bother?

But now the cross is a grief obscured.

I can’t sing that hymn anymore, though it’s nostalgic for me in some ways.  I think nostalgia can sometimes obscure our grief, too.  The church seems to be particularly good at doing this: obscuring the grief of the world through glossing over hard realities.  “Good Friday” can’t be too sad or else people won’t come to services.  Ash Wednesday can be done on the fly, at the bus stop or corner, because people are too busy to observe their mortality for any length of time other than a quick swipe.  Funerals can’t be too mournful because the person is in heaven now and we should be happy they’re in a better place…

Let’s pretend Jesus is a captain and we are Jesus’ soldiers and we’re fighting the world…when the real story, the actual story, is that Jesus was a servant who died for a world all too in love with violence and fighting.

I won’t observe Armistice Day by singing a hymn about might.  I don’t want to obscure the grief anymore than it already is.

I won’t observe Armistice Day by pretending that I think war is ok.  I don’t.  I just don’t.  I respect our soldiers, I pray for them, but I weep that those making the decisions to go to war are not those signing on the dotted line to fight them.

Integrity seems a bit lost there.

As a Christian, I observe Armistice Day by giving thanks for those who have given their life so that I can write like this.  I give thanks for my grandfathers who, though their grief was obscured, lived full lives after the hells of war.

I don’t begrudge people for waving a flag or putting one out.  I understand sacred symbols; I see why they do that. There is a part of me that loves Americana.  But I don’t do that on Armistice Day.

Today I give up a little control as a Christian.  Perhaps I even weep a bit like Jesus.  Weep with my grandfathers who couldn’t, or didn’t, or didn’t feel like they could, for whatever reason.  Today I let myself observe my grief over the whole idea of war; I don’t obscure it.

In doing so, I hope that I not only honor our veterans, but stand with them a bit.

Check Out My Pages

Lots of folks viewed these ones. Take a gander if you wish. If you don’t…don’t