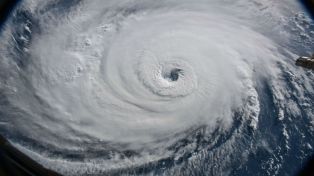 There’s a hurricane out there.  It’s name is Michael.

Michael, as it turns out, is the most popular name of a Millennial, at over 1.1 million children graced with that name in the 20-year span that encompasses the Millennial Generation.

But, should Michael not suit your fancy, the hurricane could have also been named Jessica, the most popular feminine name at over 750,000 persons having that namesake born between 1982-2004.

Regardless, it’s looming out there…and all of us in the philanthropic world, from church leaders to non-profit workers, know it, but we rarely speak about it.

What am I talking about?

And it’s not their fault.

Philanthropies survive off of the expendable wealth of donors.  I know you know this, but it’s important to repeat because if you’re not in the world of non-profit budgets, like pastors and non-profit workers are, you don’t often think about it, especially that one, necessary, all-important word: expendable.

“Yes,” you say, “but Tim, you didn’t count for inflation and adjusted value and…”

How would I make up that extra $70,000 to purchase a house out of school, like many of my parent’s generation did?

Well, it certainly didn’t come from work.  At least, not for your average Jane or Joe.

And that middle section between the 1% and the 90%?

That’s the so-called “Middle Class,” slowly shrinking as the top blows through the roof, and the economy continues to drop more into that lower (and overwhelmingly larger) bracket.

Also consider that most families need two cars because they have double incomes now.  But those double incomes?  They don’t have near as much buying power as a double income family of the Boomer Generation.  From 1960-present day, our purchasing power has, as this Pew Research article notes, “barely budged,” even as our checks have gotten larger.

It means that our (including myself here because I’m technically on the lower-end of the Millennial landscape) ability to amass meaningful wealth is dismal compared to the previous three generations.  And despite the chance that we might become heirs to some of that, there is another problem to contend with: we’re living longer.

And that long life-span means savings must be used for sustaining the living, not gifting toward charities.  And that makes sense, right?  Can’t fault people for that, right?

Certainly not.  But it’s all a recipe for a calamitous future for non-profits and organizations who live off of the generosity of others.  Because while indicators point to Millennials being much more generous than previous generations, we frankly have less we’re able to give.

And I have to imagine that some of that generosity comes from the stark realization that, well, we’re just not going to be able to amass the wealth our grandparents and parents had/have, and so we might as well give more away.

Now, it is true that we’re more choosy about where our gifts go; we want to see a tangible difference in the lives of whatever we give toward, whether it be humans, animals, or the planet.  But that’s also part of this whole dilemma, because Millennials are not willing to prop up institutions that have, heretofore, not been able to make good on their promises of better life quality, security, and wholeness…which means that the little wealth we do have, we spread deep and narrow, excluding many historic non-profits from contention (for better and worse).

The non-profit sector has exploded, rising by about 10% in the last 10 years alone. When you compare that to the modest 2-3% growth in the for-profit sector, you’ll see the issue. Rising competition in a sea of shrinking assets means, well, a hurricane of chaos in the not-so-distant future.

Well, I think we can be innovative.  Cottage industries attached to non-profits are not a bad idea.  These industries take some of the burden off of pure fundraising, and provide some stability…if the industry is done well and moderately successful.

We can also imagine a situation where large institutions, like the church, take a hard look at sustainability and make the decisions necessary to tackle the problem rather than just wait until the hurricane hits.  Darwinism looks like cannibalism when it hits the church…and I think it’s largely true across non-profits that serve a similar population.

And on the political front, we can vote for meaningful change.  Increased wages for common workers.  We can lobby to make industry changes, getting rid of the notion that everyone must have a Master’s degree to be qualified for work that, in years past, barely needed an Associate’s Degree.  Wonderful teachers and nurses were sent into their fields with Associate’s in year’s past, staving off crippling debt and providing real good to those they served.

And what is with everyone having to have an MBA these days?

Want to talk about an unsustainable rise in cost?  Look at college and higher education.  Yet another reason why my generation has no wealth: we’re paying it back to institutions we needed to attend to be ensured jobs that paid us enough to make good money which we now cannot save!

This Sisyphean cycle is not only unsustainable for the individual, but it will eventually cripple institutions set up for doing good.

You know, it’s funny, I was having a conversation one time with a doctor, an M.D.  Not a friend, just an acquaintance.  They paid over half a million in student loans by the end of their training, and at 50 years old, had just paid it off, mostly because of their generous salary.

But we were talking and they noted that the CEO of the Red Cross made six figures, and “how terrible for the head of a non-profit to make so much.”

I said, “That non-profit is not only huge, but does a huge amount of good in the world.  It takes a skilled leader to head up that kind of organization.  Look at the CEO of Amazon and the billions (at the time) he makes.  You think he’s more deserving than the CEO of an international aid organization that does so much good?”

“Yes,” the doctor said, taking a sip, “because he earned it and that’s not a non-profit.”

I downed my drink and walked away.  I can’t understand that kind of logic, a kind that buys into the false narrative of meritocracy.

But unfortunately, despite the generosity we see from this generation, a meritocracy may be all we’re left with as non-profits fall victim to a poorer and poorer population…which will require more non-profits to fill in the gaps, but funded by who and how?

Organizations that are making a difference, doing real good now, are facing down a hurricane just off-shore.  It’s slow moving…but picking up speed.

But there’s no evacuation route, and nowhere to hide.

So, what will we do about it?