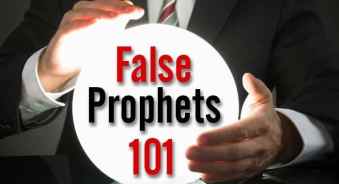 The message was predictable, and I should have seen it coming.  I’ve received a number of them before in my years of public writing.

“False prophet” was the first term that popped out as I scanned the message.  “Leading people astray” was another ominous one.

This last one came in response to my blogpost yesterday where I called out the My Pillow CEO for being ridiculous and dared to suggest that the idea of God wreaking a pandemic upon humanity was not only theologically abusive, but literally anti-Christ.

Friends, strangers, even sometimes classmates have peddled these phrases around and hurled them with intent to hurt, sometimes at me, other times at others.  Oh, they claim the intent is to “lovingly chastise,” another idea that conservative Christianity likes to pass off as true love.

True love only hurts the lover, not the beloved.  True love sacrifices, it doesn’t demand a sacrifice.  You’d think people who hear the Jesus story on the regular would know that, but somehow I have to keep explaining it.

These phrases are usually hurled from people under the sway of big-box church preachers who prattle off crypto-Calvinist theology that would make even Calvin blush with its concreteness.

So, I thought I’d offer a short “how-to” for anyone interested in becoming a so-called false prophet in the eyes of what passes as popular Christianity today. It’s a short list, so have your pencils ready.  OK?

First, tell the truth.  And, like Pilate asks in John’s gospel, “what is truth?”  Well, to quote another (false) prophet of our times, St. Billy of the Joel’s, “shades of grey are the colors I see.”

The concrete dualisms of right/wrong, God/Devil, saint/sinner offered by so much of Christianity is base religion, the starting point not the end-point.  Father Richard Rohr, himself labeled as “false” or “new-age” (another fun term grounded in opinion rather than actual taxonomy) points this out continually in his deep, complex, and soul-nourishing writing.

So much of Christianity has failed to advance past the soft-food of trite moralisms and neat dualisms that it actually holds its adherents back from learning from the beautiful and, yes, terrible reality that all things are fluid and complex.

The Buddhist idea that “life is suffering” sounds, at first, as if it is harsh and pessimistic.  But “suffering” here doesn’t mean “active pain,” it actually just means “active.”  Life is active. We know this from biology.  But humans don’t crave that!  We crave stability, not activity, at our core.

Base religion, of all stripes, offers a fake stability, an illusory hope that everything can stay the same.  That’s why some Christianity is called “conservative,” not because it is trying to preserve something sacred, but because it is trying to pretend conservation is actually possible when life-forms aren’t meant to stay stationary for too long!  If they do, they die…which is probably why so much of organized religion is struggling to live today.

So, step one, tell the truth: grey is the color of the world.

Step two: profess a love from God that can encompass the grey.  So much of the life and example of Jesus (who, by the way, was more Eastern than he was Western if you cringe at me quoting Buddhism above) is about widening the circles of God’s grace and love, not constricting them.

In short: if you think someone is out of God’s love, it’s probably you who is misplaced.

Not all scripture is the same, Beloved.  The base mind, the Christianity that likes to play in dualisms, will tell you it is.  But we know it’s not!  Jesus doesn’t even treat it all the same when he quotes the Hebrew scriptures.  He even changes it.  “You have heard it said,” he’s known to posit, “but I say to you…”

Now, some would (and have) rebutted that idea by saying, “No, Jesus corrects the misguided notions of the past…”  And when they do that, they betray their lack of understanding around how the Jewish faith held, holds, and argues with scripture.

Jesus was Jewish, and in that moment he was doing a very Jewish thing: arguing with scripture.  In fact, the Jewish notion of “white fire” and “black fire” might be helpful here, or as I prefer to call it “the character fire and the space fire” because black and white as dichotomies aren’t very helpful in our context.  The “black fire/character fire” was the writing on the sacred page of the Torah, the letters and characters themselves.  The “white fire/space fire” was the space between each character.  And the truth, this ancient line of thinking noted, was not in the characters or the word on the page, but in the space, the wiggle room, in-between them.

If that’s “new age”…well, literally there’s nothing more ancient than that idea of wiggle room, of grey, of fluidity and flux.

Step four: trust science and trust education as a way of progress that’s not ultimately threatening, but ultimately enlightening.

So, there you have it, a sure-fire way to get you called a false prophet today.

And to all you fellow false-prophets out there: thanks for your work.  The life-giving message stoked in the space between the logs of conservative religion continues to burn in the hearts of many, often those who no longer set foot in formally religious spaces.

And how do I know?

Because as often as I’m called a false prophet, I’m also sent messages saying things like, “I haven’t been to church in years…thanks for saying that.”

So keep saying it.