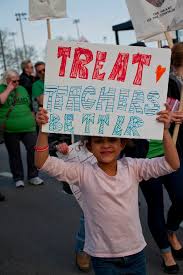 He never really got good marks, but he was smart.  And he never studied, but had he studied, those marks would have reflected that brain more fully.

I remember when Omar walked into class one day, head down.  His usual smirk was gone.  His eyes were red.

We started instruction, but he wasn’t into it.  As I gave the class an assignment, I invited Omar out into the hall with me.  We stepped out, I shut the door, and he started crying into my shoulder.  It was unlike him.  My quiet class clown, my jokester, my star basketball player.

His friend had been shot and killed ten hours ago.  Chicago alleys, turf warfare, all of it could get dangerous, and it didn’t matter your age.

He cried. I hugged him. He wiped his eyes.  And we went on to Algebra.

And then, a few weeks later, I remember when Omar didn’t walk into class that one morning.

Because he had been shot ten hours earlier.  His leg, shattered.

I went to go see him in the hospital. I brought McDonald’s. As he ate it I spoke to his mom in broken Spanish, and she to me in broken English. She was afraid to be in the hospital long because she was not a legal resident.  He had to heal, and she knew that, but she also had to sell tamales every morning, and how would they pay for the hospital bill?

They wouldn’t, of course.  No insurance, and tamales wouldn’t cover it.  Family would cobble together some funds, but it’d be a bill hanging over their heads.

In my classroom that year I also delivered a turkey to Section 8 housing.  I pulled up in my car, with a frozen turkey in the backseat.  My student, who lived there, was riding shotgun.

“Mr. Brown,” he said as we started to get out of the car, “when we walk in don’t say anything to anyone, OK?”

“Ok,” I said.  We walked up to the tall building, with people hanging around outside.  They called names at me, carrying the turkey and the bag, and to my student.  But I kept my eyes forward, keeping my promise.

Up the stairs, the elevator was broken, to the fourth floor.

His grandmother there, smiled widely.  She was so grateful for the Christmas gift. We sat and chatted, and then my student walked me out, gave me a hug, and I left.

The next time I’d see her was at her funeral, a few months later.  She was the only caretaker for my student, and so I attended the funeral, hugged his shoulder as he cried down the aisle, and a little while later he went to live with other family, elsewhere.

No longevity pay anymore.  Starting salaries, even with Masters degrees, are some of the poorest in the nation.

But even though I’m not a teacher anymore, I will be marching with them tomorrow.  And even though I’ll be taking a comp day to do so, I still see myself as “on the clock.”  It’s part of my job as a pastor, I think.

Because the classrooms of America are not just places of instruction.  They are places where social work happens.  Parenting happens.  Unofficial aunts and uncles sit behind those desks. Grief counselors lead children through stages of loss, all while being judged on whether or not their kids are performing on standardized tests.

And tell me who makes those standards?  If they haven’t had a kid cry on their shoulder because their friend was shot, or if they haven’t brought McDonald’s to a kid in the hospital and spoken in broken language to a family who doesn’t know what they’re going to do with that massive bill, then they’re unqualified to tell on-the-ground teachers what the standards are and what their pay should be.  If they haven’t delivered a turkey to Section 8 housing, and wondered at night what would happen to that kid now that his grandmother was dead, then they aren’t qualified to comment.

I may not be in the office tomorrow, but I’ll be on the clock.  Join me.