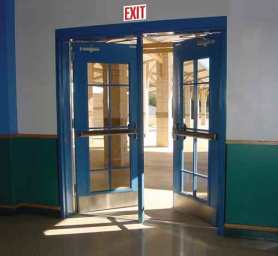 Rumors of an impending clergy shortage have been circulating for years in the mainline church.  The aging pastors who had put off retirement because the economy took a nosedive are finally choosing to head out to pasture, as most of that mess has rebounded.

But the more I look at the Christian landscape, and not just in the mainline, the more I see a different clergy exit looming and, yes, in process.

Many younger clergy are “giving it up for Lent,” as a colleague of mine once said, describing why he left the ministry after just five years.

Thousands of dollars in schooling and investment, while certainly not wasted, are not being used as originally intended.

The church really should take a hard look at why this is, and will continue, happening.  And look at it with eyes wide open.

Many who are leaving the ministry are doing so because the churches that they are prepared to lead, and the Jesus they fell in love with, don’t live in the same place. They’re finding so many churches too occupied with propping up the past instead of embracing the future.  They’re finding the Jesus of radical love and action to be hard-hearted and bound by fear.

They love the people in so many ways, but are having a hard time finding ways to let the people love themselves or others without spiraling into self-preservation and sniping.  The Jesus who said, “Those who lose their lives will gain it” seems to not have been talking about whole congregations, because they are not usually willing to lose their past to gain their future.

Some who are leaving the ministry are finding their particular faith doesn’t quite align with the faith in the pews.  Too esoteric.  Too mystical.  Too interested in justice, and not what the pews consider “Bible-based” (which, ironically, is the charge leveled at Jesus by the Pharisees who continually wanted to know what authority [scripture or tradition back-up] he was using to say and do the things he did).

Some who are leaving the ministry are finding the debt crushing.  Church attendance, and therefore giving, is at 1920’s levels.  Full-time calls at wages that will put food on the table and pay for seminary debt are disappearing.  Health insurance costs keep rising.  The business sector promises stability that the church can’t offer anymore.

If the church wants a learned clergy, it’s going to have to figure out this conundrum.

And some are leaving because they’re getting eaten up, and life is just too short to put up with that for too long.  We follow a Jesus who said that we’re to give our life away, but not in the way that disregards life itself. You should hear the stories coming from clergy about what is being said to and about them from the “Beloved Kingdom.”   The culture shift in the world that the institution is resisting is creating a difficult environment in many corners.  Anxiety and anger fill and fuel more than hope and service do in many places.  It’s not true everywhere, but in enough places to snuff out budding vocations.

Couple this with the fact that seminary enrollment is at unsustainable lows, we’ve really got to do some soul searching, church.

And the solution is only partly about encouraging people to go to seminary.  That won’t do the trick.  That’s like patching a road that needs to be replaced: it won’t work, at least not for long.

I think there is a clergy shortage coming from two directions.

We need to take an honest look at how it all operates.  Because we’re pumping out non-traditional clergy these days for a church that continues to want to operate in a very traditional way.

And this just isn’t going to work in the long run.

50 thoughts on “The Impending Clergy Shortage…Coming From Left Field”