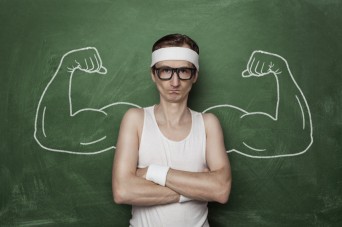 Joe Biden has been, and continues to be, my favorite.

“Favorite what,” you ask?

But this most recent blustery mix of machismo and stereotypical masculinity was met by my mix of eye-rolling and head shaking.  And they both went back and forth, with Trump’s favorite weapon, Twitter, locked and loaded.

Yes, old white men, we get you…you’re going to beat each other up.  It’s how you solve problems.  And we’re oh, so impressed. And, sure, Biden was talking about taking Trump to physical task in defense of women…or so he said…but the appeal to violence, no matter how on the face noble, is simply, and unquestionably, ridiculous in this hypothetical world that these talking suits live in.

Our addiction…no…our incessant NEED for violence, our cheering on of violent rhetoric and schoolyard chest puffing is just. so. exhausting.

And as a parents raising boys, I am just. so. frustrated.  Because this is the stupidest example of “My dad could beat up your dad” kind of back and forth, except these guys are supposed to be adults.

And for me, as a theologian, this whole line of thought is especially prescient because we’re heading into Good Friday where Christians will hear how the only thing Jesus “takes behind the woodshed to give a butt whooping to” is violence and death, the very thing both of these men are appealing to for power.

The disciples surely would have followed Jesus’ lead in the Garden if he had started fighting back.  They were ready for it; Peter had his sword.

What they weren’t ready for was the idea, the wisdom, that that kind of response doesn’t work in the world of the Kingdom of God.

And, as one who will one day be an old(er) white man, I have to say that unless we change our trajectory, nothing else will change, and so it has to start with me and my boys and how we raise them and how we talk about violence and death.

And how we vote.

I’m not an advocate for being doormat; by no means.  But I am an advocate for getting rid of these machismo, idiotic, schoolyard braggadocious nonsense.  No one takes it seriously, anyway.  And the people who do take it seriously aren’t worth taking seriously.

And for everyone finishing this little article thinking, “But white men aren’t the only violent people in the world…and why does he bring race into it?” I say that I hear you, and some of what you say is true.  When thinking of non-violent older, white men two of my theological crushes, Richard Rohr and Parker Palmer, come to mind.

All cultures can be violent; surely.  But not all cultures are the dominant power.

And this white, male culture is, at least here in the states, and it needs to take a break.

Let’s give it a break.  It keeps reinforcing how inadequate it is to lead in these present times.  How much more proof do we need?

5 thoughts on “Both Biden and Trump Just Reinforced Why We Can’t Have Old, White Men in the Oval Office Anymore”