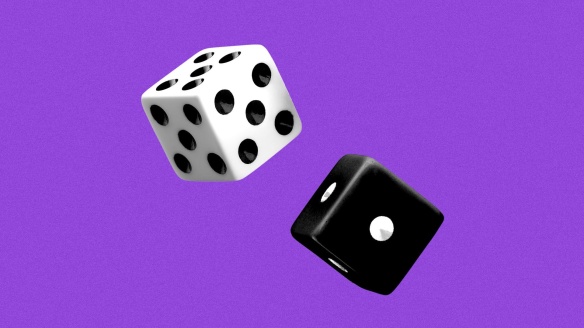 File this under “Things I wanted to say, but couldn’t because I was a pastor of a parish.”

But, actually, now being out of a parish, I wonder if it should really be filed under “Things you need to say as a pastor of a parish.”

The title is sarcastic, by the way.

Because it’s not “cool,” right, or what have you to be able to pretend white privilege is not a thing. It’s actually a…wait for it…sign of privilege. That very privilege you’re trying to pretend isn’t real is what allows you to pretend, with some ignorant success, it isn’t real.

We were sitting at a bar. The meeting had been called because I’d been saying things from the pulpit that caused him to squirm.

He bought the first beer, which I was grateful for. And I genuinely did like him, and continue to, despite the conversation.

“You’ve used this term recently,” he said three sips in, “‘white privilege.’ What is that?”

He looked at me as he took another sip.

“Well, it’s the inconvenient truth that you, as a white person, and a white male in particular, were born with a certain backpack of goods that set you up for success in life, not by your own doing, because our culture is biased toward people who look like you and me.”

It was the Cliff’s Notes version, but I had yet to take a sip and knew we’d probably need another round. I stopped and took a drink.

“I don’t buy that,” he said. “I was born poor. I worked hard for my money. I was the first in my family to go to college. I don’t think I had a very good backpack,” he said.

“Well, you certainly had obstacles. White privilege doesn’t mean that white people, especially economically depressed white people, don’t have obstacles. It just means that, despite your obstacles, you had a leg up.” I took a big drink.

“Yes,” I said. “Tell me, when you apply to a job, what does the application say your name is?”

<he said his name>

“Now,” I said, “did you know that your name, as compared to a name that is more non-traditional…a name distinctly not white by culture <looking at you Karen and Chad>, is more likely to be read and full and hired? Just by the name. That’s white privilege.”

“My boys,” he said brushing past my example, “had <he looks around and lowers his voice> black friends all through school. They’d come over to our house. They were the same; no difference.”

Pro-tip: if you lower your voice when speaking about a different ethnicity or culture, you’re probably participating in subconscious racism.

Ok, back to the story…

“Did you ever ask them?” I inquired.

Well, no…” he said honestly.

“Then I don’t think you really know about their experience. You get the privilege of pretending their experience is the same as yours because your frame is the one all other pictures have to fit in. That’s white privilege. And yes, you had some challenges, and your whiteness helped you overcome them. They don’t have that leg up. It’s just true.”

Beer was gone. I ordered the next.

“When I was teaching in Chicago, a lot of my kid’s parents drove very nice cars. They had little money, but nice cars with huge lease payments. Know what one of them told me about that? They said they did that so that people like me would take them seriously. Now, know what I drove? A beat up Honda with two missing hubcaps that I never replaced because, why bother? I never once thought I’d have to do anything to be taken seriously. And I never thought that because my status as a white male just afforded me that luxury no matter what car I drove…”

“They didn’t have to do that,” he said. “That’s irresponsible.”

“Easy for you to say,” I said, emboldened a bit by the beer, “because you’ve never had to fight for legitimacy on an uneven playing field.”

“My Philosophy teacher in college once said, after a long discussion, ‘Tim…I cant force you to see the truth.'” I smiled.

But I was serious.

“I’m going to keep talking about it,” I said.

He nodded, though I knew he wouldn’t stay in the pews if I did.

I guess it’s part of the privilege to just go somewhere else and not have to be reminded of it.