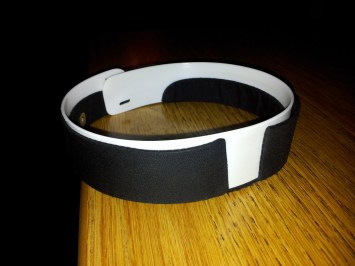 I was talking with a friend and colleague the other day.  The conversation got around to our profession and how, we’ve observed, some people really love it.

Not the work of the profession, mind you, but the idea of it.  They like being “a pastor,” not pastoring.

At the risk of sounding (more) judgmental, I’ll continue…

The problem with this, I think, is that it causes such a huge identity crisis in the individual, that the person becomes co-dependent on the title in a way that breeds psychological, emotional, and yes, physical illness.

Co-dependency is synonymous with death in all instances.

A definition here might be helpful, though.  Co-dependency is this reality where you can’t see yourself objectively, but only through the filter of whatever it is you are co-dependent on.

People become co-dependent on their spouses, losing themselves in their role as partner/wife/husband.  I’ve seen many friends fall into this, and it seems to be especially true for those early on in relationships.  If you find you have no identity outside of your relationship with your partner, you’ve lost yourself altogether.  And, what comes next?  Resentment.  Rebellion.

We can become co-dependent on our religion, too.  I’ve known people to hang pictures of Jesus in their house like they’d hang a picture of a parent, sibling, or spouse.  Not as an art piece, but as a member of the family…and this, to me, is a sign of attachment to an icon or idol in an unhealthy way.

Likewise, people can become co-dependent on their profession.  And while this is probably true for many professions, I’ve found pastors are especially susceptible to this reality, for a couple of reasons.

First, we talk about the profession in such a way that lends itself to abuse.  Pastors are “called.”

True, the church tries to inject that language into every profession or passion.  People are “called to act with justice,” as the hymn goes.  But the idea of “call” is usually reserved for the profession in a unique way, which of course means that, if a pastor leaves a congregation, or the ministry altogether, we have little language to imply anything other than they’re no longer “called.”

A pastor who loves being a pastor for the title, but may have little skill in the way of the pastoral arts themselves, might get wrapped up emotionally in this in a way that leads to un-health.  Want an example?  What about a pastor who stays in the pulpit because they really like the credentials, but aren’t proficient at the work? Or the pastor who pines after the administrative job not because it’s their gift, but because their gift seems to be to want that kind of job?

They do no one any good.

Or what about when a pastor can’t not be a pastor?  Like, all of their relationships are made through that role?  They have no friends outside the parish, virtually making it impossible for them to not only ever leave, but actually do the work effectively. Let’s be honest, a friend cannot tell us hard truths a lot of times.  The relationship is different.  And that works both ways: both with a pastor telling someone a hard truth, or someone telling a pastor a hard truth.

I’ve blogged about this before, but if your only outlet in the world is through the lens of the collar, you’re co-dependent with the profession in a way that is making it impossible for you to do your work.

In other words: you love the idea of being a pastor, not the work itself.  Because the work demands you give some distance.  But the idol of the job whispers that you can do it differently…

And before you think I’m casting stones in glass houses, let me inject some real honesty here: it’s easy to become co-dependent, especially for a pastor.

It’s easy to buy into the lie that you suck just because that parishioner left the parish, sent you that note, or is gossiping endlessly about you.  Likewise, friend, it’s easy to believe you’re good at your work because people praise you and lavish you with accolades, even though you rarely prepare for your sermons, rarely touch base with parishioners, rarely read or study, and rarely do the actual, hard, behind-the-scenes work that gets no recognition.

It’s easy to buy into the self-serving deceit that you are your job and your job is you and that the letters in front of your name identify you more than anything else you do or have ever done.

It’s an easy trap. I’ve fallen into it. Every pastor has.

We all fall in love with the idea more than the art at one time or another.

But unless you’ve put in some safeguards like people who can be honest with you (who aren’t parishioners), and a healthy dose of “no” in your vocabulary, and some honesty about how normal (and usually mediocre) you actually are despite what your ego and your ordination want to tell you, co-dependency is hard to slough off.

Co-dependent pastors kill themselves, and the church, one forced smile at a time.

It’s OK to just be yourself sometimes.  Those letters in front of your name are not you, but just part of what you have at your disposal to do the actual work.

2 thoughts on “Pastors Who are Co-Dependent on the Collar”