This shooting in California has my heart breaking. 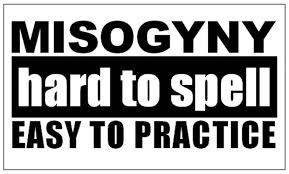 The fall out has sparked some intense conversation, and it’s just heartbreaking to see some of the comments coming from the dusty corners of society where misogyny still lives and breathes.

Oh, don’t get me wrong, I think misogyny lives everywhere in our society.  But it has a hard time breathing in some places…and I thank God for that.

Unfortunately, one place it doesn’t have a hard time breathing is in the church.

People are pointing to misogynist video games, misogynist movies, and all other cultural points as contributing to this young man’s delusion that just because he has a sexual desire for women they should appease it willingly (or, even, unwillingly).

But, for my part, I’m going to let Hollywood alone.  I’m going to let video games alone, too.  They have their blame.  But, see: I’ve come to expect that from them.  Hollywood and the video game industry and marketing and the like have all used sex for gain, to force submission, to put sex on a pedestal.

But me?  I’m going to point to the church.

I’m going to point to churches who still refuse to ordain women, despite the fact that, while Paul (inconsistently) makes misogynist comments, Jesus (consistently) treated women as part of his inner circle and, indeed, entrusted them first with the news of the resurrection, the “gospel,” the “good news.”

Explain that rationale for me, please?  The men were all too chicken in their hiding places, and when the women told them about the resurrection, they didn’t trust their testimony (after all, in a court of law, women couldn’t be trusted, so why would God entrust this good news to them?).  And we look at this and wink and laugh as if it’s some sort of Laurel and Hardy episode, where the one who was supposed to “get it” doesn’t.

But I don’t think that’s it at all.  I think the women were supposed to get it.  Intentionally. Purposefully.

I’m going to point to churches who still refuse to let women vote, as if somehow their opinions are less important than the opinions of human beings with a Y chromosome.

I’m going to point to churches who still refuse to acknowledge the presence of feminine examples for God in the scripture, yet who claim to take the Bible literally.  If God is male, then God is also a hen (at least, according to Isaiah). And, for that matter, a rock.

What?  Those are metaphors?  Personifications? Which one(s)? All?  Or only the ones without male anatomy?

By the way, don’t ask me to preach at your wedding on any “submission” text.  Not going to happen…

But just before you mainline Protestants think you’re off the hook; no way.  I’m pointing at you, too (and, therefore, to myself).  We think that just because we ordain women that we’re free of blame?  Because I know more female pastors across all the mainline Protestant denominations without churches then I do male pastors without churches.  I know of situations where churches have rejected every female candidate received in the hopes that they would receive a male candidate eventually.  I know of churches who still feel as if their pastor is inferior or that they “weren’t good enough” for a male pastor, just because their pastor is a female.

The church should be the place where misogyny comes to die, not where it comes to life.

And, this is the thing: while I don’t hold Hollywood or the video game industry or politics or any of that fluff to a very high standard when it comes to gender stereotypes and discrimination, I do hold the church to a high standard.

I wish all the former could be held to a higher standard.  I expect the latter to be.   It’s sad, but not surprising.

And while this individual who shot up these innocent people may not have been religious (I haven’t heard either way), it doesn’t really matter.  If religion isn’t able to critique culture, to model for the wider culture a way of living that embraces the life of Jesus rather than the hate of any “ism,” we’re useless.  We can say that it’s sad that this man was violent, but on Sunday mornings many churches preach a violent, male god.  We can say that this man shouldn’t have thought of women that way, but until we acknowledge that we at least had a hand in that education, we’re speaking out of both sides of our mouths.

If we say we have no sin we deceive ourselves; the truth is not in us.

It may be interesting to think about how Mario always saving the Princess has contributed to this misogyny that resulted in such violence.  But that narrative is just part of a much larger narrative of men saving the day, tracing it’s way back through the centuries.

The church has the ability, the call, to break off from that narrative and live a different one.

If only it had a good example to follow…

4 thoughts on “The Church of the Perpetual Misogyny”