I found out this aftern 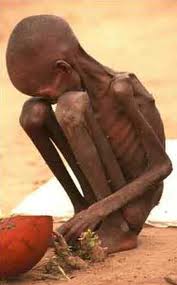 oon that World Vision reversed their decision to allow people in same-sex monogamous relationships to have the pleasure of being employed by the largest Christian charity in the world.

Look, I’m not that mad at World Vision.  If you, from a charitable perspective, were facing thousands of sponsored children losing their sponsorship (food, education, clothing, shelter, companionship, medical care…you know, basic dignity), you might also have second thoughts about retaining the policy that caused the defection.

From a charitable perspective it makes some business sense.

But one ethical dilemma gives way to another…

World Vision not only reversed their policy decision, but they’ve also “asked for forgiveness.”

And, to me, the group that needs to ask for forgiveness are the bullying bigots who forced World Vision’s reversal.

Less snark in this one.  Snark isn’t called for.

This is a come-to-Jesus moment, as a former Sunday School teacher of mine would say.  And Jesus is not to be found with the bullies.

You hold up the clobbering texts that tout a very ancient understanding of homosexual behavior (that hold very little in common to same-sex monogamous relationships in the modern understanding), and you forsake hundreds of other Biblical texts, texts about feeding the poor and needy, texts about loving neighbor as yourself, texts about welcoming the stranger in the name of God.

All things that World Vision, at its best, does. And all things you were willing to chuck out the homophobic window just because World Vision might hire someone in a same-sex relationship.

Any ethicist will tell you that the one wrong does not cancel out the other.

And any playground attendant will tell you that this “I’m taking my marbles and going home” stunt you pulled is nothing more or less than an old-fashioned shake-down.

Let me refresh your memory

Jesus said to his disciples, “Occasions for stumbling are bound to come, but woe to anyone by whom they come! 2It would be better for you if a millstone were hung around your neck and you were thrown into the sea than for you to cause one of these little ones to stumble. 3Be on your guard! If another disciple sins, you must rebuke the offender, and if there is repentance, you must forgive. 4And if the same person sins against you seven times a day, and turns back to you seven times and says, ‘I repent,’ you must forgive.”

Bullies who withdrew support from World Vision, listen up: you just caused stumbling.

Should we now tell our children that when we don’t get our way we just get to go home no matter the consequences?  You don’t think your children are watching?  “It’s OK, Johnny, to not feed those children because first you have to hand it to that same-sex partnered person, and it’s no good coming from their hands.”

In what freaking world is that defensible?

Because it’s not in the Christian world.  That mess only works on the playground.  But, perhaps, you think this whole life thing is one big playground; one big game of tit-for-tat.

Grow the hell up.

See, I think that you don’t even realize the consequences.  Many of the people, most of them children, that World Vision helps are continents away from your theological smugness.  You can withdraw support and never feel the pinch.  It’s far away from you and your lovely privilege.

Lord, isn’t it nice to “believe” all the right things if you’re privileged enough to have the time and resources to do so?

And all the while these World Vision folks saw children losing support…you forced their hand.

Some might say “shame on them” for giving in to bullies.  Fine; we can say that.  There is some truth there.

But you want to know what I bet?

I bet the World Vision folks are betting that the theologically progressive Christians who are in support of their briefly-held new hiring policy won’t pull their support now that they reversed the decision.

And you know what?

But I’ll go to bed alright tonight, knowing that my actions, both the support of their briefly-held hiring policies and my gifts to the people they help, are as pure as possible.  I am not sinless, but I am not on the wrong side of this issue.

You who bullied them into this, on the other hand, please know that you leveraged what you called a “gospel issue” on the backs of children.

And that is never gospel.

Would be better to have a millstone thrown around your neck, so I hear.  If that’s not a literal stumbling block (have you ever tried to walk when dying of starvation?  I imagine there’s quite a bit of stumbling involved…) I don’t know what is.

If anything, you’ll sleep better. And nothing is better than forgiveness.

And if you don’t go to bed a little uneasy tonight, well, that’s indicative of a whole host of other issues.

Finally, a quick word to my theologically progressive friends: don’t pull your support from World Vision.

We won’t be bullies.  Millstones don’t belong around necks.  We cannot play these games.

So we pray, we watch, we encourage, we lift our voices.

And we feed children.

Because that’s what the Christ calls us to.