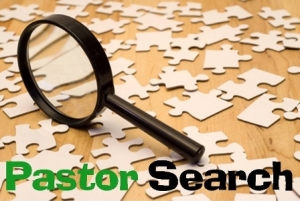 Magnifying glasses can be used to bring things into focus. They can also be used to burn things. In this way they are the ultimate metaphor for good and bad scrutiny.

Well, after five years in my current call, I’m now reflecting back on it all: the good, the bad, the great, the “man that sucked…”

And I think I’ve identified five things that either I didn’t anticipate, or the people of the church didn’t anticipate.  Nothing groundbreaking here, of course, but when you line it all up it is kind of sobering…and, I hope, hopeful.

That is the story, right?

Anyway, here’s what I’ve identified as 5 things that will happen when you get a new pastor.

5) People will leave.  Yeah, they will.  No one is prepared for this (not even the people who leave, I think).

Perhaps they’re burned out from stressful leadership roles, or perhaps they’ve entered a new phase in life where the church isn’t as important for them, and their faith life takes a different path.

Or perhaps you’ve ticked them off.  That’s real, of course.  It happens.  As a pastor I don’t think you ever intend to tick people off (at least not to the point of their taking a hike), but it will happen.  And then people will come up to you and say, “What about so-and-so?  Where are they now?” And you have no answer because, while you’re pretty sure it’s because of you, your attempts to rectify the situation haven’t worked…or there’s really nothing you can do about it because their desires and the direction of the church just aren’t compatible.

Or sometimes people will be mad at you not because you’ve done anything, but because their life needs a scapegoat and you’re a convenient one.  That’s just true.  People take things out on the church, out on the pastor.  Or maybe they’re upset because you simply can’t help them in the way they want you to and they don’t know how to deal with that.

Or maybe you as the pastor don’t know how to deal with that.

Sometimes pastors take things out on the church, too.  That’s just as true.

And both cause people to leave or check-out.

I put this as number five not because it’s the least painful of these lessons.  On the contrary: this is the most painful part of it all.  I wish someone had told me early on that this would happen, though I don’t know that you can ever guard your heart enough not to take this personally.  I put this at number five because I think it’s surprising to all parties involved.  It’s a shared pain, but probably an unavoidable one.

Or if it is avoidable, I haven’t figured it out.

4) People will arrive. New people.  People you didn’t ever think would darken the door of a faith community will show up.  And then you and the community have to decide if you’ll be able to make enough social space to have them there.  Most communities want to make space, but they’re unsure how.  Patterns develop, both good and bad.  You have to work together to change them.

And this is difficult.

But people will arrive…you must prepare for that.  You should expect it.  And you should have a lot of open discussion about how these people may not know anything about being a part of a faith community, or may not care to join this committee or that, or may want to start a new initiative that looks nothing like previous missions.  You have to be prepared to tell people in the church that things will not be the same.

I remember one of our members pointing out to me that they started collecting high chairs years and years and years ago, long before there were enough children to fill them, with the expectation that they’d be used one day.

It’s tough when people who have been in the church for a long time feel like they’re being displaced.  It’s tough when you’re new to a church and no one has invited you to help in a ministry because it has run the way it has for years upon years.

No one expects to feel excluded.

This, in my experience, leads to more burnout than anything.  As a pastor I sometimes want to sit everyone down in a room and say, “You are all important.  You are all needed.  And I need you to understand that without me having to tell you, show you, or start initiatives to prove it all the time.  I need you to live it.”

The cure for exclusion is to start taking inclusion for granted.  What I mean by that is that if you’re in charge of a ministry area, take for granted that you are to look for and invite new people to enter into it.  Constantly.

What I mean by that is that if you’re new to a community of faith, take for granted that you’re welcome to participate in all facets of life.

I hope any good pastor would try to foster that kind of atmosphere and would welcome it.  But we can’t create the atmosphere all on our own.  We all have to breathe the same air in rhythm to change the atmosphere.

2) New ideas will fail and old ideas will gain new life.  When I came to this community our second worship service, which is different in style and tone from the first, had a consistent 30 people in attendance and had been consistent in the 30-40 range for two years before I came.

That’s not sustainable in the long run. It was at a crossroads.

I was hearing voices on both sides of the “keep it/abandon it” argument speak logically.

Today after tweaking and retooling, it’s now a consistent 80-90.  This old idea gained a new life, and now has a life that is feeding many on a weekly basis…though it doesn’t look exactly like what it used to.

That being said, the evening service that was quiet and contemplative that I started two years ago didn’t last.  It was feeding people, but not enough to create a lasting community (though there is always a chance for resurrection!).

Sometimes old ideas gain new life and gain a new form.  Congregations need to be prepared and become OK with this.  Sometimes more effort isn’t what an initiative needs. Sometimes it’s effort that is differently focused.

In short, a new pastor will breathe new life into some old things, and will start new things that don’t have enough life to last.  There has to be space for all of this to happen.  New pastors always think that what they start has to last forever.  We think this because we don’t take seriously Ecclesiastes 3 when it lifts up time as the sordid mistress she is. There is a time for everything under heaven.  Not everything has to be forever.  Stars eventually burn out; but they’re beautiful in the process.

1) If you give it enough time and godly space, you will get used to one another and even love each other.

You will.  It will happen if you give it enough time and godly heart-space.

Despite the fact that some leave, that roles change and evolve and egos are hurt on both sides, that new things start and die while old dying things get new life (or vice-versa), if you allow godly space to grow together, if you hold each other accountable to the reason you’re called together, if you open your heart to the possibility that you might be wrong about this opinion/option/initiative or that one (both pastor and congregant have to reserve the right to be wrong), you will love each other.

Hug these five cacti, prickly as they are, and trust that God’s mission in the world can work even through such imperfect systems.