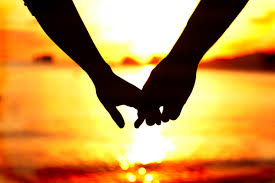 I actually wanted to title this “Jesus Isn’t That Into You” as a play off of the movie…but that would have really brought the hate mail.

So let me start with a disclaimer.

Let me say, unequivocally, that I think Jesus is “into you” (although I think that sounds weird).

But maybe…maybe Jesus isn’t that into you.  Or, at least, not as solely about you as we’ve made it out to be.  Jesus doesn’t want to be my boyfriend.

Let me explain for a second.

In my blog on 5 Phrases I Think Christians Shouldn’t Say, I got a lot of push back for #2 on my list, “You just have to do God’s will…”  Specifically for my statement in the subsequent lines where I posit that I’m not convinced that God’s greatest wish is for us to be in relationship with God.

I should have put an asterisk next to that statement because, here’s what I really mean by that: I think that Christianity has adopted a “win souls for Jesus,” “you must invite Jesus into your heart,” “you need to have a personal relationship with Jesus” mentality at the sacrifice of every other type of relationship that God might desire for humanity.

We’ve given up our relationship as stewards of the Earth so that we can build monstrous mega-church compounds on open land to focus on the “Jesus-and-Me” relationship, adopting crazy ideas that perhaps global warming is fake and is God’s plan for the world.

We’ve given up our authentic relationships with others who, perhaps, don’t think the same things we do, because our singular focus is now to try and convert and “win souls for Christ.”

American evangelical Christianity has focused so much on fostering personal relationships with Jesus Christ, most other relationships are left in the dust…

Plus, speaking from a place of honesty, much of the agnostic/marginally Christian world (and a good number of us convicted Christians) finds the super-close-Jesus-is-my-boyfriend talk creepy.

I think we all want to be known; really known.  And I think God knows us; truly knows us.

But when we start talking about Jesus like he’s our lover in the modern sense we really are talking in ways that put people off.

Don’t think we do that?  Consider the song “In the Secret.”  Here are the lyrics:

In the secret, in the quiet place

in the stillness you are there.

In the secret, in the quiet hour I wait

only for you (this part is usually whispered)

Because I want to know you more.

I want to know you,

I want to hear your voice

I want to know you more.

I want to touch you

I want to see your face

I want to know you more.

Or what about Hillsong’s “I Surrender” where you sing “have your way in me, Lord”?  I’ve banned that song from my church because I can’t hear that without imagining how someone who has been sexually abused hears it…

I mean, c’mon folks, maybe Jesus isn’t that into us.

I’m all for the talk of having the “heart strangely warmed,” to use a Wesley phrase (and he was reading my boy, Luther, btw).  I’m all for the stirring of the spirit, for soul-stirring that you can’t explain.  I’m Lutheran, a spiritual descendant of the one who kept repeating over and over again, pro me, when it came to Jesus’ promises in Scripture.

It’s personal.  And the opposite can be true.  A lot of places talk so much about God in the abstract, that any sort of relational talk is totally absent.

But I hear less of the latter and more of the former.  It’s good to talk about a personal relationship with Jesus Christ, but we’ve taken that and run right into the crazy bin.

If that’s all we focus on, the personal…and that’s a lot of what I hear…then, well, I think the boat has been missed, by and large.

When Jesus said “Love the Lord your God and your neighbor as yourself,” I don’t think he imagined we’d stop on the first part as much we have.  Remember, that second part is “like the first.”

I’m all for a relationship with God; the mystic in me can’t do without it. St. Julian spoke of her relationship with Jesus in the most intimate way possible (totally scandalous…everyone should read some St. Julian).  But even from Julian you get the sense that she’s speaking from a “remain in me” kind of way, echoing Jesus from the Gospel of John.

But if it stops there…

No, really…I think a lot of places talk as if it goes on from there, about helping the neighbor, loving people for who they are and where they are in life, but it’s really just about you and Jesus and what you gain from that.

If that’s the case, well, then I’d say you have relationship issues. Maybe it’s good to consider that Jesus might not be that into you…not your boyfriend.

And that singular focus that I hear so much really often makes me a reluctant Christian.

12 thoughts on ““Relationship Issues” or “Jesus Doesn’t Want to be My Boyfriend.””