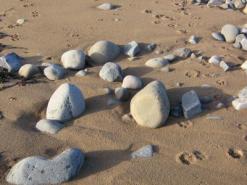 On the eve of All Saints we do what we love to do: play dress-up.

And it is just play.  Theologies and theologians that glorify Halloween as “Satan’s Day” aren’t good students of history.

That being said, the gore that is often associated with this day doesn’t appeal to me.  I’m a fan of horror flicks; I love a good scare.  But I’ve seen enough real blood in hospital rooms, ER’s, and elsewhere to not need the fake stuff.

But Halloween and All Saints also conjure up in me thoughts about life, mortality, death.

I find myself singing the spiritual

I’ve written previously about the importance of having  funeral at the time of death.  I still feel that it’s supremely important to honor and celebrate life by acknowledging, grieving, and honoring death.

I live with a biologist.  Carbon returns to carbon; it’s nature’s way.  As I’ve said at every funeral liturgy I’ve ever presided at, “ashes to ashes, dust to dust.”  We certainly shouldn’t labor under the delusion that somehow death is unnatural or evil.  I can understand how some people may come to this conclusion reading certain parts of Genesis and Romans.  Yet there are other sections of scripture, the Lazarus story in John for instance, that give another glimpse at death.

In that story Jesus “tarries” a while…not preventing Lazarus’ death.  One wonders why he might want to.  But in raising Lazarus, what Jesus does is dispel the fear of death.

This idea, I think, is something that the religious individual can grasp tightly.  Death is not to be sought; surely we are not masochists (at least, not most of us).

But neither is death to be feared.

The fear of death is all around, though.  In skin-products that promise ageless beauty.  In caskets lined with gold…perhaps because, the thought is, we can take it with us.  In medical procedures that prolong breathing but cannot prolong life.

We fear death, and we have made a market on that fear in the buying and selling of death-killers.  Surely the market is the death of our modern souls.

Hear now from Rabbi Abraham Joshua Heschel about the wisdom we can mine from the mystery of death:

The greatest problem is not how to continue (living) but how to exalt our existence.  The cry for a life beyond the grave is presumptuous, if there is no cry for eternal life prior to our descending to the grave.  Eterenity is not perpetual future but perpetual presence.  God has planted in us the seed of eternal life.  The world to come is not only a hereafter but also a herenow.

Our greatest problem is not how to continue but how to return. “How can I repay unto the Lord all his bountiful dealings with me?” (Psalm 116:12)  When life is an answer, death is a home-coming. “Precious in the sight of the Lord is the death of the saints.” (Psalm 116:15)…This is the meaning of death: the ultimate self-dedication to the divine.  Death so understood will not be distorted by the craving for immortality, for this act of giving away is reciprocity on our part for God’s gift of life.  For the pious…it is a privilege to die.

My wife gave me a note that someone passed her on the street.  It’s in the shape of a “1 million” dollar bill, and it has written on it, “The million dollar question: Where will you be after you die?”

Such conversion tactics are wasteful in the “throw this away for me” sort of way.  Theologies that only point toward heaven are useless.  If the goal of this life is to get somewhere else, why bother?

My response to the giver of that note would be, “The million dollar question isn’t where will I be when I die, but how have I lived?”

And if I have a million dollars, or perhaps one dollar, that might make heaven a reality for someone here in this existence and I fail to do it, then I have been negligent in my life.

I do not fear death, nor do I seek it.  I trust in the promise of heaven, but my home is here.  And may I do my part to bring heaven to this reality, trusting that what awaits me after my last breath is God’s eternal presence…something I’ve never been separate from.

And at my last breath, I imagine I’ll pray the same prayer that I’ve prayed at every funeral I’ve presided at with all “dem bones” in my body,

May God support us all the day long till the shadows lengthen and the evening comes and the busy world is hushed and the fever of life is over and our work is done.  Then in mercy may God give us a safe lodging and a holy rest and peace at the last.