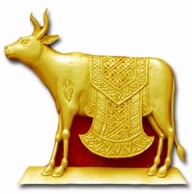 I got a message on one of my social media sites from someone I don’t know.  They were upset with some of the blog posts that I had written.  They wrote,

All due respect, I get what you’re trying to do with your blog, but you are irresponsible with your perspective. You are pitting the world against Christians in the name of reaching them. That said, there is very little that is explicitly biblical in your blogs. You rely on opinion and hope. The scriptures themselves are the only hope we have, and I would suggest that your addition (or subtraction of their authority) are dangerous and, again, irresponsible to say the least.

One of the phrases that I think humanity should abandon, in general, is “all due respect.”  It pretty much ensures that what they say won’t be very respectful…

I’m not offended or anything.  People are welcome to have their own opinions, although I disagree with the writer’s analysis.  I don’t think it’s irresponsible to come into conversation with scripture, and I don’t find my writings based on “opinions and hope.”  There is much scholarship (and late nights with beer and granola bars) that inform these posts.  Hence why I don’t post every day…sometimes I have to sleep.

And I don’t think I’m pitting the world against Christians (what does that even mean?).  Although I’m uncertain exactly what the writer is trying to say there, I’m pretty sure that Christians are doing a pretty good job of pitting people against them on their own…

But I think that the writer makes one substantial claim that can be enlightening in teasing out the reason (or, at least one of the reasons) why certain parts of the faith/a-faith community talk over one another.  Did you double-take at the line, “the scriptures themselves are the only hope” that humanity has?

I’m a Christian, a person of faith, and I have to say that my hope is not in the scriptures.

The story of Jesus that is told in the scriptures is the most intriguing story I’ve ever read.  I believe that God has revealed something in the Christ that can’t be ignored for it’s importance and life-changing ability.  I believe that, in the person of Jesus, God started something new in the world.  So new, in fact, that people had to write about it in haste.

But you see, that’s just it.  My hope is in God’s work through Jesus.  The scriptures contain that story, but they aren’t the object of my hope itself.  Somewhere along the line we’ve turned the scriptures into God…and then everyone who begins to question them, to delve into their historical context to weed out discrepancies and cultural trappings becomes “irresponsible” and “dangerous.”

In short, my question is: “If the Bible isn’t God, why are so many people worshiping it?”

As a Christian, a person of faith, a pastor, the Bible informs my faith.  It is the feedbox of faith; not the fence nor the object of faith.

But we’ve turned it into the idol on a pedestal.  We’ve claimed it as “infallible” and “inerrant.”  My favorite variation of this claim is that it is “inerrant in it’s original languages.”  Nice dodge, people.  I hate to say it, but that’s not exactly how language works.  It is not intellectually honest to claim that something is perfect in its original but long-lost form.  It’s a quaint way of acknowledging that there are internal inconsistencies with the scriptures while escaping any need to take them seriously.

Infallibility and inerrancy are traits commonly ascribed to the Divine itself.   But because we can’t see the Divine in the ways we want to, we’ve created this lovely Bible-calf out of the gold of our desire for concrete things, and think that full “authority” rests in it instead of the God it points to.

As an interesting test-study, let’s look at some scripture passages (as the person who wrote to me doesn’t think I use enough) that are commonly held up as proofs for the Bible’s inerrant nature and infallibility to engage the heart of the issue.

In 2 Timothy 3:16 the writer says, “All scripture is God breathed.”  This has commonly been used as a defense for the Bible’s infallibility and inerrant nature.

Unfortunately, the writer of 2 Timothy didn’t have a Bible.  They only had the Torah, the Psalms, and some wisdom writings.  In fact, they may not have even had all of those, depending on where they were in the world.  So, unless the writer of 2 Timothy was indeed projecting 300 years into the future to when the scriptures were canonized, the writer was talking about some other books.

On the face, to say that “all scripture is God-breathed” seems pretty cut and dry.  It can very easily be understood as talking about the canonized Bible because, for the last 1700 years, that’s exactly what most people have been talking about when they say the word “scripture.”

But I think it is irresponsible to allow that line of thinking to go on without some good questions like, “What writings did the author have?” and “What was the understanding of ‘God-breathed’ that they may have been working with?”  Too often we imagine these writers like they are sitting in Cleveland using the same dictionary we have on our shelves.

Another example that deserves a spin on the old turn-table of critical thought: Revelation 22:19, “And if anyone takes words away from this book of prophecy, God will take away from (them) a share of the tree of life and in the holy city, which are described therein.”

I love Revelation.  It’s a book of unending interest to me.  A great treatment on the subject was written by my seminary professor Barbara Rossing entitled, “The Rapture Exposed.” (Spoiler alert: the “rapture” is exposed as a bunch of leviathan dung…)

But one of the problems with this verse from Revelation’s 22nd chapter is that, for years I’ve heard preachers who haven’t done their homework take this line and apply it to the whole canon.  I mean, not only is it clear that John the Diviner (the name we’ve given to the writer of Revelation) didn’t intend for that to be the case, it’s absolutely reprehensible to suggest that notion to someone interested in the faith because it automatically cuts off any ability to question or wrestle with scripture.

If the result of wrestling, questioning, and even saying, “hey, that’s a little nuts…” is being cut off from God’s grace, do you think people are going to do it?  Instead people start yelling “false prophet!” or “anti-Christ” or…well, other things that people begin to yell when they feel like their faith is threatened.  It cuts off conversation at it’s core.

There are other verses and proof-texts, of course.  Many.  You know of some, too.

The person who wrote to me said that my suggestions are irresponsible, and that my thoughts are dangerous.  I want to say, quite plainly, that I think that reading the Bible without taking note of its historical context is irresponsible for a pastor/theologian leading a faith community, and that I think its dangerous for the faith to continue along this anti-intellectual trajectory that we’ve been heading down since the Enlightenment.

My own context, Lutheranism, has always understood scripture to be read in three ways: for devotion (spiritual edification), proclamation (faith formation), and study (critical learning).  I like that we uphold (at least) three ways…it’s very Trinitarian. And they each inform the other and have elements of the other within them.  My own faith has been edified and formed through critical study.  My devotional life has been formed and developed by hearing the scriptures and ancient texts read with other people gathered around.

But having a multivariant approach to scripture is important.  It’s important because the scriptures are not one monolithic writing, but contain myths, legends, histories, testimonies, letters, and all sorts of type of writings, and that variance should be acknowledged through a lens that allows for it.  It’s important because it prevents the reader from putting the Bible, as words on a page, on a pedestal because each approach informs and critiques the other.

Martin Luther himself, who took the Bible more seriously than most in an age where reading wasn’t exactly in vogue and questioning authority wasn’t encouraged (remember what happened to Hus?), even argued with scripture.  He opined that the book of James and the book of Revelation should be cut from the canon (at least, in his younger less angry years).  Was that irresponsible?

Or was it him taking scripture and what it is seriously?

I take scripture seriously, not literally. For me it is not some fable nor is it a golden book that fell from the sky. It holds the most intriguing story I’ve ever heard in which I put my hope…but it’s not the story itself, and is certainly not the hope.

So, read your Bibles, preferably with other people.  Don’t worship them.  And if you’re a pastor, introduce some critical thinking into your instruction…the world will be better for it.

44 thoughts on ““Scripture and Responsibility,” or “Someone Stole My God and Put a Bible in It’s Place!””