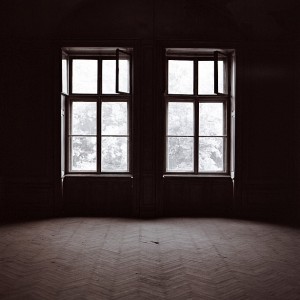 Peter Rollins is changing my life; changing my faith.  His short work How (Not) to Speak of God, has caused me to yell both “Yes!” and “No!”…and I love him for it.

In this work he presents an interesting insight which has since caused me hours of meditation.

He notes that in Albert Camus’ ingenious work The Stranger (published as The Outsider in Britain), we are presented with Meursault, a character who indeed lacks what most theologians, thinkers about God, advocates for faith call “a God-shaped hole” (yes, I hate this phrase as well).  When confronted by a prison chaplain, hours before his impending death, with the subject of why Meursault refused to entertain a visit by the chaplain, Meursault says:

“I replied that I didin’t believe in God.  He wanted to know whether I was quite sure about that and I said I had no reason for asking myself that question: it didn’t seem to matter…I may not have been sure what really interested me, but I was absolutely sure what didn’t interest me.  And what he was talking about was one of the very things that didn’t interest me.”

Rollins identifies Meursault’s response as a “quiescent anti-theism in the sense that it pays not attention to theism or atheism.”  In essence, the religious answer (broadly stroked) is ridiculous because the question that orthodox religion seeks to answer is ridiculous.  God is unnecessary.

But the apathy implied here is misleading, I think, and although I don’t believe Rollins intends to imply that the modern response to religion is one of apathy, I think that is a conclusion (a wrong one) that can be drawn here.  Meursault is not apathetic; rather, he’s gravely concerned…just not concerned with the question that orthodox religion seeks to answer.  He’s not concerned with a “God-shaped hole” being filled.

Indeed, I haven’t found many people apathetic about God or religion.  Christopher Hitchens, one of the foremost authors of the New Atheism (wrongly named…the ideas are not new, just the vehemence), writes in the first chapter of his oft-cited work God is Not Great that, “I would not prohibit (religion) even if I thought I could,”…and then goes on to write a 296 page book, with eight pages of references, an index, and a study guide explaining why humanity should do away with religion.

It seems that either Hitchens is lying, or is mistaken.  Either way, perhaps Paul was correct in his assessment of humanity, and himself: “I do not understand what I do. For what I want to do I do not do, but what I hate I do.” (Romans 7:15)

Indeed, the passion with which Hitchens writes is evidence that, far from apathetic, Hitchens is ultimately concerned with the “God-shaped hole” question…and he thinks he has an answer: the hole is imagined. And more than that, the ways that orthodox Christianity (and other faiths, Hitchens would say) have devised to fill it are destructive.

I find him to be both right and wrong.

Right in that supposed people of faith have filled the vacuum, however phrased, with destructive devices such as “dogma” and “correct belief,” however defined, and continue to at the detriment of the Jesus movement.  I also find him mistaken, however. Hitchens is delusional if he thinks that he has not done the same act of fulfillment with his atheistic beliefs…to a mirror detriment for his own belief system’s movement.

More on Hitchens in other posts.

But Rollins takes a different approach.

He calls himself an “a/theist”.

It is a phrase that breathes, requires dissection, causes the eye and the brain to pause…everything that breathes is complex.

Rollins embraces the questions surrounding the revelation of God.  That is, God is revealed as hidden.  This should be familiar to you Lutherans out there: Deus absconditus, Exodus 33, Holy Saturday.

For those of you scratching your heads, that’s ok.  It’s not meant to be gotten.  God is revealed as hidden.  Beautiful emptiness.  The phrase can’t be made logical…it makes Logic.

To the “God-shaped vacuum” query, Rollins poses the following question, which I think resonates deep within me…somewhere:

“Far from being something that exists until being filled, the God-shaped hole can be understood as precisely that which is left in the aftermath of God.”

That is, a transformational experience with Divine love sometimes leaves us…me…empty.

If I am seeking to fill that void, I will no doubt fill it with another god, with cynicism, pessimism, naive optimism, with the security that comes in believing that I am “correct” in my beliefs, whether they involve God or not, whether you are Billy Graham or Christopher Hitchens…

Part of the reason that I’m a reluctant Christian is that so much of the popular Christian movement has tried to fill humanity with things: dogmas, supposed orthodoxy, subscriptions.  It has failed to see mystery as Divine, and has fallen into the same rabbit hole that it’s atheist counterparts have: enlightened, empirical, evidential thinking.  The Enlightenment again.

We must regain the beauty of  empty.

1 thought on “The Beauty of Empty”