You’re tired of hearing about Paula Deen.  I am, too. 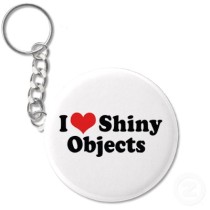 But indulge one more thought, if you will.

And I felt bad that she couldn’t see her racism.  And how she plays into systems of power…how she is a system of power.

Racism is the mix of privilege and power resulting in prejudice.

This is all troubling.  There’s more trouble, though.

In her interview on Today, Matt Lauer asked if her publicity tour to explain herself and reclaim her image was about money.  And then he went on to list all of the organizations that are dropping her left and right (and we continue to get information about organizations divesting from her name).  And the conversation became about money.

The reality is, though, that the more the media focuses on her hemorrhaging bank account, the less we as a community talk about race. This is the bigger trouble.

And all of these organizations dumping her, are they doing so because racism is bad or because it’s bad business?

In her “apology” (it wasn’t), I heard Ms. Deen talk about her values, about her morals, about her thinking that all of God’s creations are equal.

And she talked about organizations sticking with her and what that meant to her, how they “knew her.”

But nothing about white privilege or racism.

And this all looming under the Voting Rights Act decision from SCOTUS, now stripped from enforcement.  And these two events are connected.  And we fail to see it.

See, this is a spiritual issue.  It’s a spiritual issue because we have become adept at finding the shiny object in the room instead of the threat, and this hurts us at levels deeper than just skin.  Our attraction to distraction is gutting our souls as human beings, as society, as community, as people of faith.

But when you can put a price tag on something, it becomes about money.  And money is easier to talk about than racism.

This past week of SCOTUS activity provides us with another shiny object lesson.  VRA is stripped of its power, and then DOMA is stripped of i’s power.  One after the other.  I do not, by any stretch of the imagination, think that these verdicts were randomly ordered.  Let’s overturn the past quickly and quietly, and then offer an olive branch of sorts to a progressive future (although it’s a partial olive branch as the justices failed to find any Constitutional basis for marriage equality).

This is a spiritual issue.  We distract and deceive to keep real problems from being addressed.

Richard Rohr talks about this in his book “Everything Belongs.”  He notes that progressives will keep on making mistakes, and conservatives feel their job, then, is to keep those mistakes from being corrected.

We follow this lovely pattern because we easily become distracted from addressing the heart of the matter, and we don’t really like the radical work of changing it that falls outside of “progressive” or “conservative” labels (because, secretly we believe in the system).

And what is that heart of the matter?

Jesus dealt with this all the time.  “What must I do to inherit abundant life?” the rich man asks.  His question has an eye on distractions, as he has “many  things” and wants to add eternal life to his collection.  He economizes everything, even Jesus and abundant life (and so does much of the church…let’s be honest).  The focus is changed by Jesus not on what he has to do, but who he is.  He must sell his objects.

He can’t take it.  He walks away in dismay because he has many things…but lacks himself.

The woman at the well had had five husbands (and we just love to tout her as a whore, though the text doesn’t support it).  She’s differentiated from Jesus by gender, religion, reputation, and even agency (she has a bucket, after all).  Jesus’ focus is on her.

And yet what do we focus on with this oft-preached text?  Her imagined sexual acts.

Shiny objects with some to spare.

This is a spiritual issue.  The world is in love with shiny objects because they keep us from discussing real problems, and the spirit of society, our spiritual lives, community as a whole are worse off.

And for the Christian following Jesus, we have an example of where our focus should be.  And yet…it’s not.

We’re in love with sick systems.

What must we do to inherit abundant life?  Go and sell our shiny objects.

And we walk away with dismay, because we have many…

1 thought on ““Paula Deen and VRA are Spiritual Topics” or “Look, Shiny Objects””